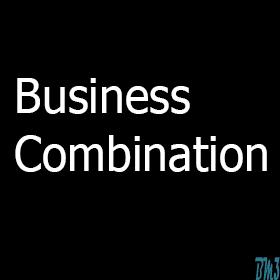 Following are the four types of business combination.

Diagonal Combination
When two or more business entities performing subsidiary services join themselves is called diagonal combination. For example, joining of automobile manufacturer with a firm providing repairs and maintenance service.  It is also known as services combination. The main objective of this type of combination is to make business unit large and self-sufficient.

The forms of business combination are given below.

Pool
Pool is a written agreement made by members dealing in similar products. It is form to avert competition among firms. Under this system the firm’s entities remain same. Pool has the following kinds.
The US does not allow pools in any forms within the country. However, the pool has been allowed outside the US but under the name of cartel.

Cartel
Cartel is the European name for the American pools. It is the association of independent firms dealing in the same type of business to fix the amount of production, divide the market, determine the price for their products to create monopoly and maximize profit.

Merger
In merger one independent firm takes over another independent firm. The taken over firm losses its existence. The buyer firm retains its entity and becomes stronger than previously. This type of business combination is formed to eliminate growing competition among merging firms. See the given below example.

The above example shows that ‘a’ firm purchased ‘b’ firm and ‘a’ becomes more stronger.

Amalgamation
This form of business combination takes place when two or more independent firms combined and loss their entities and form a new one.  Amalgamation is formed when all combining firms are not quite famous and they are eager to give up their names and identities and adopt a new one. The example is given below.

Here ‘A’ and ‘B’ combined and loss their entities and transformed into ‘C' company.

Trust
Trust is formed by an agreement among competing firms in order to eliminate competition. The firms retain their ownerships and identities. They agree to fix price for their goods and services to facilitate monopoly and maximize profit.  The government interfere in the business for controlling the trust to protect the interests of consumers.  Monopoly Control in the UK and Anti-Trust Laws in the USA are the example.

There are many reasons of business combination. Most of them are following.

Elimination of Competition
Due to growth of competition among firms the rate of margin decreases. Under such circumstances, small enterprises could not survive. Therefore, the only solution available to the competing firms to eliminate competition through business combination.

Expansion of Business
Small units of business face the problem of capital shortage which leads not to expand the business. A business combination can easily raise capital for the expansion of business to buy new machinery, produce large scale of production, use new and improve methods of production and set up research department.

Effective Management
Usually small units of business cannot afford the services of experience and qualified employees. So, business combination is formed to hire services of those employees who are expert in the management of the company.

Market Domination
Business units are also combine to dominate the entire market and create monopoly. By dominating the market, the combined firms can sell their products at higher rates and earn maximum profit.

Economic Instability
Frequent changes in government policies increase uncertainty among businessmen. They may therefore join together in a more formalized manner to protect themselves against the effects of uncertain policies of the government.