Graphically, consumer is said to be equilibrium at a point where his budget line touches the highest indifference curve.  The given below diagram is illustrating the concept of consumer’s equilibrium. 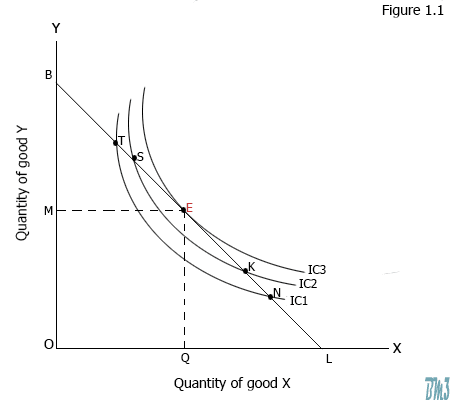 In the above figure 1.1, BL is the budget line of the consumer. It can be seen there is a set of three indifference curves IC1, IC2 and IC3. We can see budget line is touching the highest indifference curve IC3 at point E.  Point E is the consumer’s equilibrium, because at this point consumer is getting maximum satisfaction by consuming OQ quantity of good X and OM quantity of good Y.

Income is one of the most influential factors affecting purchase of goods significantly. If the prices of goods remain unchanged while there is a change in money-income, it will affect consumer’s demand.  This effect on consumer’s demand due to change in income is referred to income effect.

A rise in income of the consumer enables him to buy more both goods (X and Y). His budget line shifts upward to the right and his level of satisfaction moves to higher point of equilibrium.  Inversely, when income of the consumer decreases, his budget line shifts to inward to the left. The budget lines are parallel to each other as prices of the goods are assumed to remain constant.  The given below diagram is illustrating income effect. 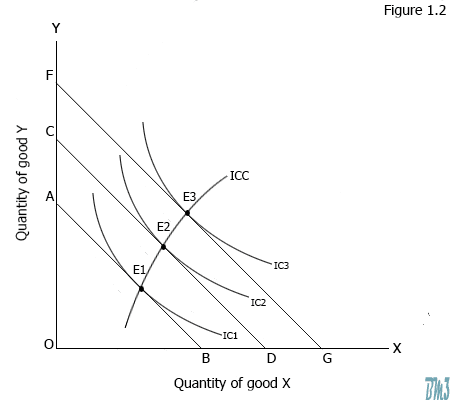 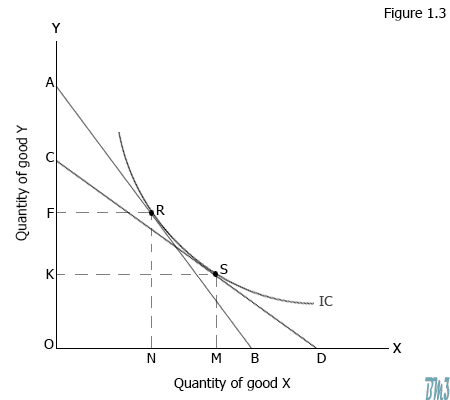 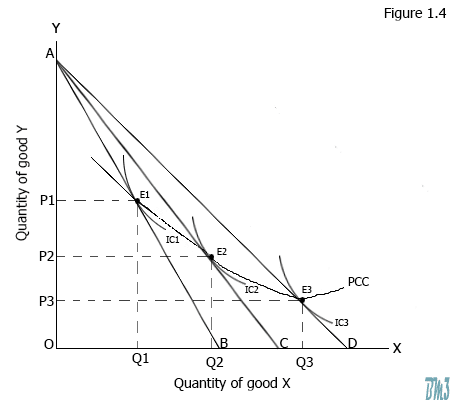