Unemployment occurs when the labor force is not getting a job or actively seeking for a job. Unemployment exists in every country, whether it is developed or under developed. However, the percentage of unemployed workers may vary. The economists evaluate the rate of unemployment to know the condition of an economy. They look at the different types of unemployment which are explained below. 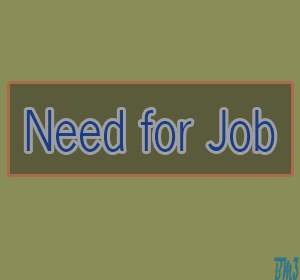 Frictional unemployment occurs when workers leave their current jobs and are seeking for new ones. Most of the workers voluntarily quit their current jobs in order to grow up and find better jobs where they can be more productive. It is surely benefit for a worker, if he takes time to search a job that matches his skills, experiences, and talent. This type of unemployment also caused by lack of necessary skills for a particular job, shortage of raw material, breakdown of plant etc. It may also be caused by moving of an employee to a new location. For example, a mechanic moves to a new city and he becomes busy to get settled into a new job.

Workers who possess skills of outdated technologies are generally unemployed. Structural unemployment occurs when workers have no relevant skills which are required for the available jobs in the market. This could be the result of ever changing technologies. For example, marketing professionals who specialize in traditional   marketing may realize themselves obsolete or less demanded if they are not aware of digital marketing.  This kind of unemployment also caused by taking works from robots rather than human workers. Learning advance technologies is a good way to obtain market demanded jobs.

There some goods and services that demand fluctuates seasonally which give rise to seasonal unemployment. In this situation the skills of the labors are not need for some part of the year. For instance, ice cream and cold drinks factories are fully staff by workers during summer but in winter most of the workers are laid off. This kind of unemployment is generally observed in agriculture sector.  Workers are remained unemployed when there is no harvesting time in agriculture sector. Workers face the problem of seasonal unemployment when they work with those companies that produce seasonal products.

This kind of unemployment is a common feature of underdeveloped countries. It relates to the contraction phase of business cycle. In the period of recession, the demand for goods and services goes down which force businesses to lay off workers. They do so because if the demand falls, they will produce less production, and if they produce less production, they will need few workers. However, cyclical unemployment is temporary situation, once the recession is overcome, the workers get a chance to go back to their works in the same field.
By Junaid Ahmed at March 19, 2018
Share:
Newer Post Older Post