Difference Between Micro and Macro Economics 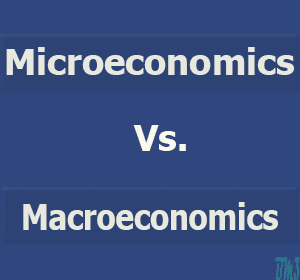 Macroeconomics is the study of economy as a whole, not just specific unit of an economy. It looks to the entire industries and large-scale economic issues. Its central focus is to determine level of national income and employment. Macroeconomics is concerned with:

Difference Between Micro and Macro Economics