The Various Concepts of National Income 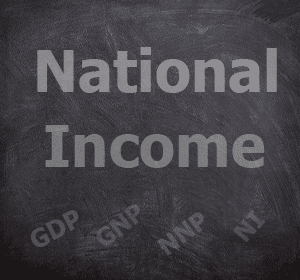 The income left after payment of direct tax from personal income is known as disposable personal income. It is that income which is actually available to individuals or households for consumption. It can be expressed as:

Generally, the whole part of DPI is not spent, some part of it is saved. Therefore, from the approach of consumption, we can say: