Consumption Function with Schedule and Diagram 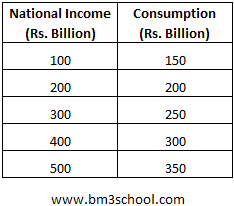 Another thing that we can see from the above table is that at the lowest level of income the amount of consumption is greater than income. This is so because when people are very poor they may be forced to spend more than they earn merely to survive.

The consumption function can also be illustrated with the help of a diagram. 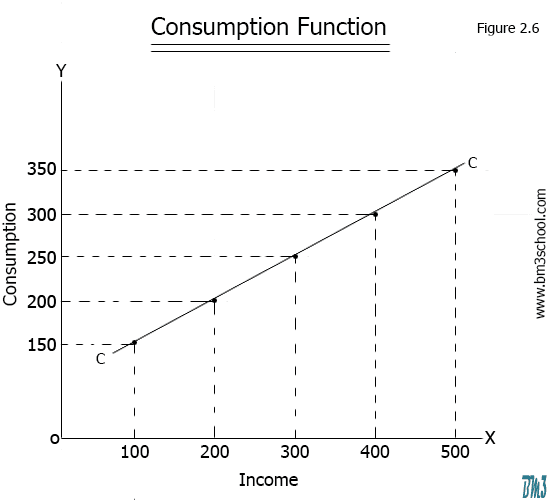 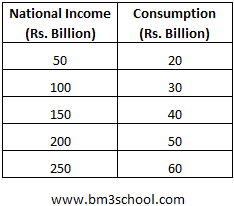