Elements of Delegation of Authority

Delegation of authority is the process of assigning responsibility by manager to subordinate with a certain level of authority to in order to complete a certain task. The delegation is an important function to carry on work systematically in an organization. It provides a sense of responsibility, a chance to grow and take initiatives to whom the authority is delegated. In sole proprietorship business, the delegation is not required because in this type of business only one person performs all the tasks. But as business expands and number of employees increases, delegation becomes essential. 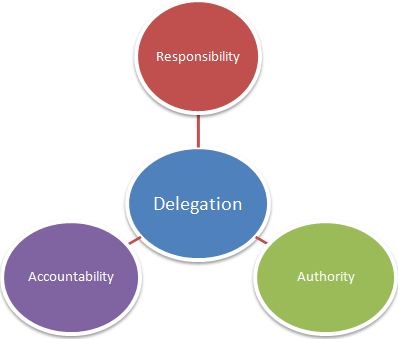 Elements of Delegation of Authority

Following are the three important elements of delegation.