Saving function or propensity to save shows relationship between saving and income. It is a counter part of consumption function. We can drive the corresponding saving function from a particular consumption function. Saving depends upon the level of income. The higher the level of income, the higher will be the saving ratio. Generally, In the situation of optimism, people consume more and save less. On the other hand, in the situation of pessimism, people consume less and save more. The saving function can be expressed as: 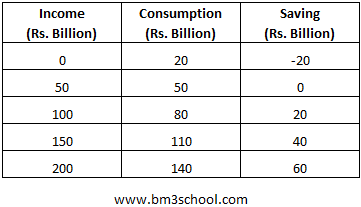 The saving function can also be illustrated with the help of a diagram. 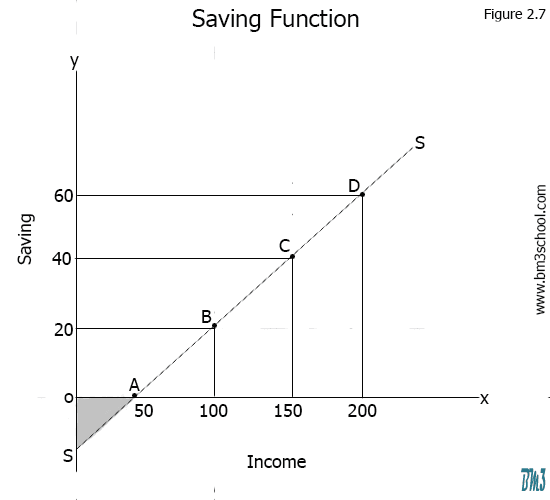 Relationship Between Income and Saving

1. Income and saving represents direct relationship. When income rises, saving also rises but less than the increase in income.